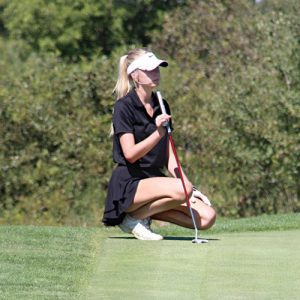 Jesse Kautz led Almont with a medalist round of 44. The Raiders also counted Bella Moussiaux’s 49, Olivia Kotelnick’s 51 and Nora Sinastaj’s 56.