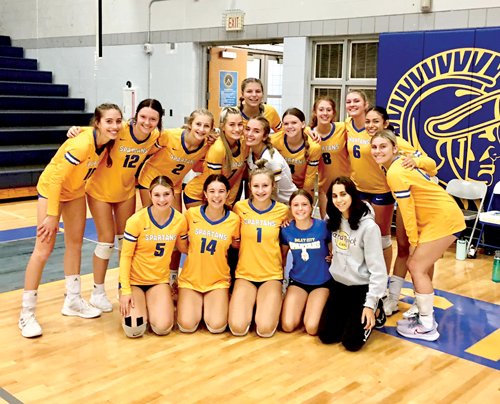 The Imlay City varsity volleyball team takes time out for a photo after finishing the day 3-0 versus BWAC rivals.