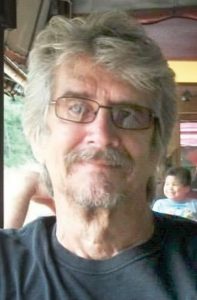 Glenn Drogosch, 70, of Emmett, MI died at his home Tuesday, August 23, 2022 after an extended illness. Glenn August Drogosch was born September 21, 1951 in Detroit, MI. He was the son of the late Anthony and the late Angeline (DiPaola) Drogosch. He grew up in East Detroit. Glenn was a graduate of East Detroit High School, Class of 1970. He married Patricia Ann Ellis on July 24, 1971 in Warren, MI. They have lived in the Emmett area since 1996.

Glenn was employed by Chrysler Corp. at the Engine Plant at 8 Mile and Mound; he was a job setter. He retired after 30 years. He enjoyed fishing and golf, three-wheeling with his grandson, spending time in his man-cave barn, cars, motorcycles and music.

He was preceded in death by his parents, Anthony and Angeline Drogosch; and a brother, Dennis Drogosch.