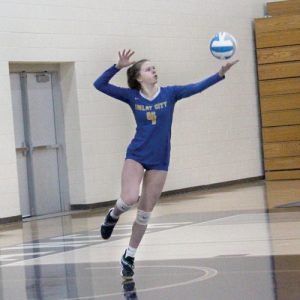 Those results landed them a quarterfinal assignment against Henry Ford II. It was there Imlay City registered a 26-27, 25-17, 20-18 triumph.

Imlay City then squared off versus Brighton next.

Evans (nine) paced Imlay City as far as blocks were concerned. She was backed by Chloe Bruman and Schriber (six each)