TRI-CITY AREA — The wait is almost over with as another high school football season starts tomorrow.

Here is a look at our Tri-City teams, who they lost to graduation, their top returnees and their outlook entering Thursday’s season-openers, all of which start at 7 p.m.

At Almont, James Leusby returns for his eighth season as the Raiders’ head coach.

His team will be looking to improve on last year’s 6-5 overall campaign. That included a 5-2 showing against Blue Water Area Conference squads, leading to a third-place finish.

Almont would go 1-1 in the Division 6 state playoffs.

It was there they got things underway with a lopsided 35-0 win at Clawson. 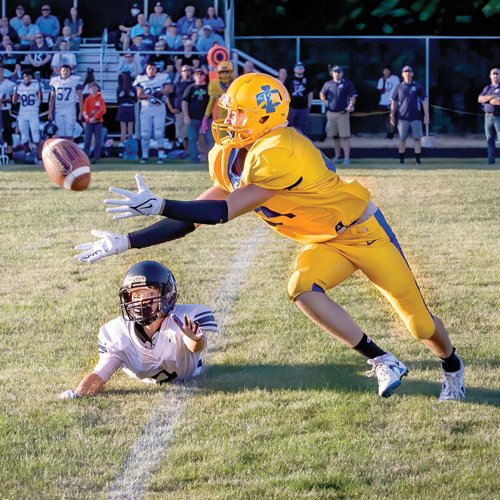 They then bowed out the following week with a 44-14 loss to Warren Michigan Collegiate, the eventual state runnerup squad, in the district championship at Madison Heights Bishop Foley.

Trenton Kruse, a standout as a defensive back a year ago, will take over the assignment as Almont’s starting quarterback.

Leusby lists defending BWAC champion Cros-Lex and North Branch as possible league title contenders He also believes Almont will have a say in things as well.

Almont opens the 2022 campaign with a road game this Thursday at Marysville. That matchup lists a 7 p.m. starting time.

He assumes the sideline assignment from Brian Tresnak, who stepped down at the completion of last season.

Prior to his arrival in Imlay City, Brown coached at Oxford for 19 years and Troy Athens for two seasons.

He inherits an Imlay City ballclub that is coming off a 2-7 overall campaign. That included a 1-6 Blue Water Area Conference showing, good for seventh place.

Brown opted not to single out a team as the BWAC title favorite, instead saying we will have to see how the race turns out.

“We are very excited about our team and our ability to compete in the league,” Brown commented. “We are looking to show growth this year.”

Imlay City starts their 2022 campaign this Thursday when it travels to Hazel Park. The non-league matchup is slated to get underway at 7 p.m.

At Capac, Rob Novy is back for his fourth season as the Chiefs’ head coach.

This year Capac will look to improve those numbers, testing their skills as an 8-man-team in the North Central Thumb League.

Novy lists Deckerville and Kingston as the probable favorites to battle it out for league honors.

Novy looked ahead to the upcoming season.

“This will be our first year playing 8-Man Football,” Novy said. “We have a lot of speed and some good athletes, he noted.

“Our success will come down to whether we can block and tackle.”

Capac opens their 2022 campaign this Thursday when it goes to Kinde North Huron. That clash is set for 7 p.m.