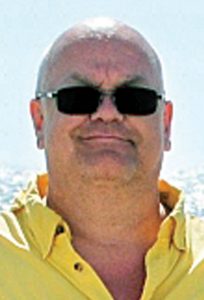 Donald Norman Maul, 58, of Marysville, passed away unexpectedly on August 7, 2022. Don will be remembered as an avid hunter and fisherman who loved boating and camping, but most of all his family.

He was born in Mt. Clemens, MI, May 23, 1964, son of the late Norman and Veronica (Fraley) Maul. Don grew up in Chesterfield and graduated from L’anse Creuse North.

Don married Kimberly Marie Williams on January 20, 1996 and they resided in Emmett where they raised their sons, Hunter and Fisher, and recently relocated to Marysville.

Don was a groundskeeper for Resurrection Cemetery in Clinton Township for over 35 years. He was looking forward to building his retirement home on their property in West Branch so he could spend time with family relaxing, hunting and fishing.

Don is preceded in death by his parents; a brother, Ronald Maul; and brother-in-law, Jim Bagley.