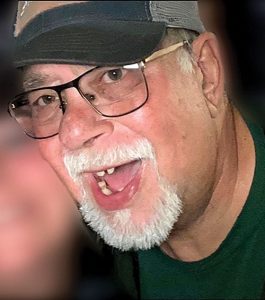 He was born in Lapeer, October 5, 1956, the son of the late Arthur and Eileen (Kersten) Miller.

His marriage to Lori Crosby was February 4, 1978, at Attica United Methodist Church.

Dale loved the life he lived. He enjoyed golfing, tapping for and making maple syrup, and the “chicken coop.” Dale was a people person and liked talking with friends, old and new. He liked sports and loved spending time with his grandchildren, including deer hunting together and watching them play sports.

Surviving in addition to Lori, his wife of 44 years; are a son, Marty (Jessica) Miller of Almont; and a daughter, Jolene (Randy Lietz) Billings of Emmett; four grandchildren, Jade, Camden, Brantley, Brielle; four siblings, Dilynn (Ron) of North Carolina, Doug (Linda) Miller of Oscoda, Terry (Tammy) Miller of Lapeer and Janelle Miller of Fostoria; as well as many nieces, nephews, and friends.

He is preceded in death by two brothers, Robert “Bob” Miller and Dean Miller.