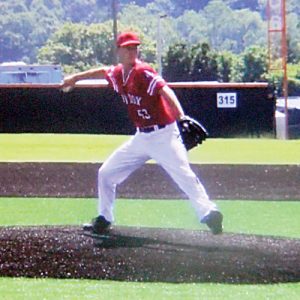 Cleary University is where the tournament was contested.

The team started their four-game tournament stint Friday, July 22 with a 9-3 win at the expense of Motor City Hit Dogs.

Trailing 3-2, Nolin stepped up and contributed a three-run double to his team’s cause.

Romeo Red Sox would outscore their opposition 3-1 from that point on, finishing off a 9-3 win.

Later that day, the team dropped a 5-3 verdict to Detroit Metro Stars.

It was there Monville pitched four innings in a relief role. He struck out three and allowed three earned runs.

The team then concluded their tournament run later that day with a 1-0 loss to Michigan Braves, their second straight walkoff setback.