Arnold paces half marathon in field of 73 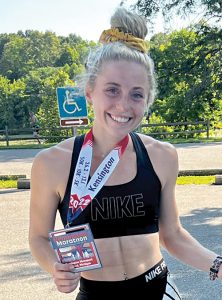 Former Almont standout Rebecca (Measel) Arnold takes time out for a picture after winning the Kensington Half Marathon on Sunday.

A total of 73 women competed in the event.