Hitmen test their skills in Tennessee 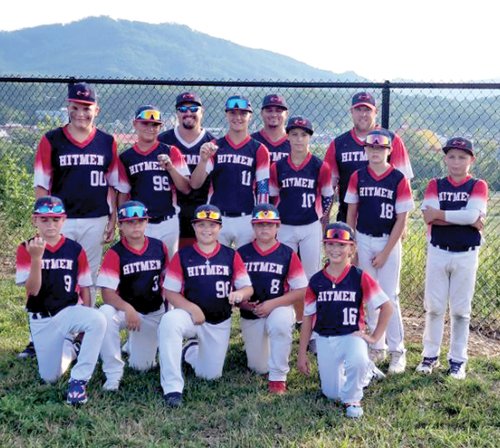 TRI-CITY AREA — The Mid Michigan Hitmen 12U baseball team, comprised of players hailing from the Imlay City/Almont area, wound up with a 2-4 mark in the Big Orange Experience at Cal Ripkin Fields this past week.

Pigeon Forge, Tennessee is where the action unfolded.

The Mid Michigan Hitmen 12U baseball team began their tournament stint with a 21-3 loss to Warriors on Monday, July 18.

Later that day, they dropped a 12-6 verdict to LA Orioles.

The team followed it up Wednesday, July 20 with an 8-7 loss to Texas Stars and an 11-0 victory over Waterford Junior Wolverines.

That left them 2-3 at the completion of pool play.

Mid Michigan Hitmen 12U baseball team then squared off versus B45 Academy team next.

When the final scores were added up, B45 Academy team moved on with an 11-1 triumph.

They were coached by Rick Furneaux with assistance from Mike Furneaux and Dan Swain.