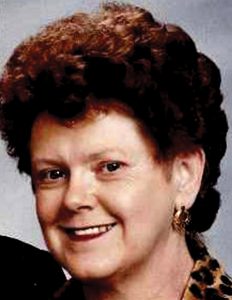 Mary Passalacqua, age 76, of Imlay City, MI died Sunday, July 17, 2022 at her home surrounded by her loving family. Mary Colene Roberts was born July 12, 1946 in Yale, MI. She was the daughter of the late Coleen Roberts. Mary grew up in Yale, MI. She was a graduate of Yale High School, Class of 1964. She married Fredrick Passalacqua on February 17, 1968 in Port Huron, Michigan. Mary and Fredrick lived in Shelby Township and then Armada for five years before moving to Imlay City, MI 23 years ago. She was preceded in death by her husband, Fredrick, in 2017.

She was employed as a bank teller and manager by Bank of America in Shelby Township, MI for 11 years.

Mary and Fredrick had a place in Zephyr Hills, FL where they enjoyed going for the winters.

Mary was preceded in death by her husband, Fredrick Passalacqua; and her daughter, Cynthia Anne Passalacqua.

Please be sure to sign the online register at www.muirbrothersfh.com to share condolences and memories with the Passalacqua family.