Davenport University, in Grand Rapids, is where the action unfolded. 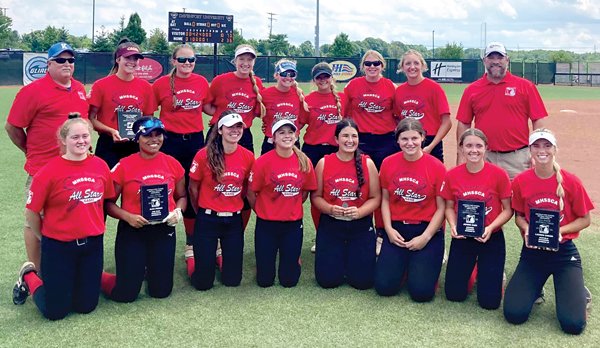 Almont’s Erik and Grace Johnson pose for a photo with the winning Red Side at the Div. 3 All-Star Game in Grand Rapids.

Johnson went two for three that day. Both of her basehits of the single variety.

She lined up defensively at an outfield position.

The White team was coached by Millington’s Greg Hudie and Kingsley’s Jamie Hawkins.