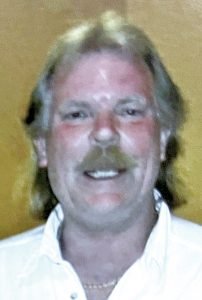 Terry Gerard Romska, age 66, of Gladwin, passed away at MyMichigan Health-Midland on Saturday, July 2, 2022. Terry was born February 13, 1956 in Detroit, MI, the son of Gerard Anthony Romska and Rita Ruth (Westveld) Romska. Terry graduated in 1974 from Capac High School, Capac, MI. Terry had resided in Gladwin since 2000, moving from Colorado and previously from Johnston Atoll in the Pacific Islands.

Mr. Romska retired from Raytheon in 2000 after many years of dedicated service. Terry was a member of the Harrison Moose Lodge #2235 of Harrison. He enjoyed driving his 1973 Chevrolet Corvette as well as telling stories and experiences he has had with the Corvette. He loved tinkering in his garage, hunting, riding dirt bikes, snowmobiling in Gladwin, as well as snow skiing various mountains in Colorado. He became a certified scuba diver while working in the Pacific. Many will remember Terry as a storyteller and he was known to captivate his audience for hours with his stories.

Surviving Mr. Romska are his three siblings, Timothy Romska and wife Jannie of Attica, MI, Faith Southwell and husband Ray of Nikiski, AK and Nadine Barnes and husband Chris of Harrison; his goddaughter and niece, Aubrey Kemp; plus many nieces, nephews and extended family. Terry was known to all of his nieces and nephews as the “Muck Monster.”

Mr. Romska was preceded in death by his parents: one brother, Kenneth Romska; and one nephew, Logan Kemp.

Celebration of Life services honoring Terry will be held at a later date. To share an online memory or condolence with Terry’s family, please visit: www.clarkstocking.com.