Redd headed to the college level 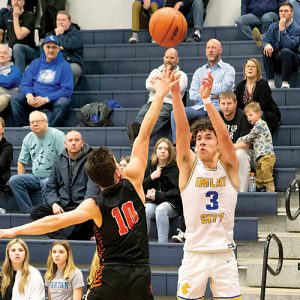 Holden Redd, of Imlay City, fires up a shot during a game this past season. He has made a verbal commitment with North Central College in Petoskey.

The 6-3 guard/forward provided Imlay City with 141 points in 22 games, an average of 6.9 points per contest, this past winter.

Imlay City finished the 2021-22 campaign with a 14-8 overall record, including a 10-4 Blue Water Area Conference standing.