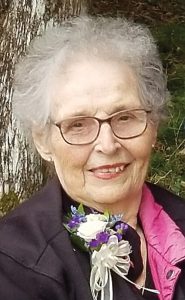 She was mostly a homemaker, raising her family. For four to five years, Mary was employed by Lapeer Intermediate School District as a custodian for the Lum School.

Mary was a member of Sacred Heart Catholic Church in Imlay City. She was also a member of the Imlay City Athletic Boosters selling tickets for basketball and football games for 30 years. Mary and Nelson enjoyed going to the casinos for fun.

The family would like to extend a special “thank you” to the staff at Serenity Gardens for their care of Mary Jane.

A rosary was held Thursday, July 7.

Please be sure to sign the online register at www.muirbrothersfh.com to share condolences and memories with the Stone family.