Johnson to play in All-Star game 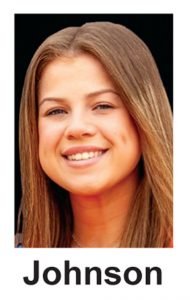 Davenport College is where the action will unfold, The first pitch is set for noon.

Johnson is coming off an impressive 2022 campaign.

It was there she finished with a .398 average, leaving her third on the Almont squad.

Johnson supplied 37 singles and two doubles in 98 at bats.

She also contributed 43 runs and nine RBI to Almont’s cause.

It was her third year on Almont’s varsity.