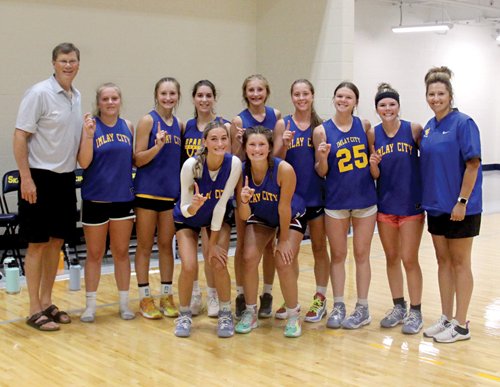 The Imlay City girls’ basketball team and coaches pose for a group photo after winning the SC4 Tournament last week.

Those outcomes earned Imlay City a bye to a Wednesday, June 22 semifinal clash versus St. Clair. That battle drew to a close with Imlay City up by a 32-15 count.

Imlay City then squared off versus Anchor Bay for tournament honors next.

When the clock zeroed out for the final time, Imlay City had prevailed 49-25.