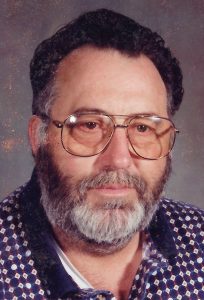 Ronald L. Billie, 78, of Dryden, MI passed away September 2, 2020 at home surrounded by his loving family. Due to the COVID pandemic, a memorial was held for immediate family only.

Ron was born Sept. 20, 1941 in Bessmer, MI to the late Ronald N. “Aldo” and Sue (Matson) Billie. Ron graduated from A.D. Johnson High School in Bessmer in 1959 then attended college at Gogebic Community College in Ironwood, MI. While still attending college part time, he was hired by the White Pine copper company to work underground as a belt repairman for the next five years. He married Marcia Billy in 1964 in Hurley, WI and returned to college full time at Northern Michigan University in Marquette to complete his degree in mathematics. In 1971 Ron accepted a teaching position with Almont Community Schools and taught until he retired in 2004.

While teaching in Almont Ron coached many sports including; boys and girl’s basketball, baseball, bowling, golf and freshman football for a year, though he had never played football. Baseball was Ron’s all time favorite sport, playing both Baseball and softball from the time he could hold a batt, often coached by his dad. He was particularly proud of his 1987 team from Almont that won the Regional Class “C” Championship, going on to the state semi-finals. The team is being honored this year as an inductee in Almont’s Athletic Hall of Fame, scheduled for September 16th. Ron’s love for baseball was always obvious as he played on many teams, often several at the same time, hurriedly driving from one game to the next and right out of high school he tried out for the Minnesota Twins without luck. He did play on a semi pro team across the Upper Peninsula. Of course, Ron was a devoted Detroit Tiger’s fan his entire life.

Ron was also very active in the community, serving as president of the Almont Education Association, he tutored students in math at home, helped several service clubs during their special events and drove his big red truck to pull the Chamber of Commerce floats in many local parades. He was also an excellent cook who made a tasty ratatouille.

Friends and family will be gathering on Saturday, July 9, 2022 for the Celebration of Life Service at 2:00 p.m. with Memorial Visitation from 1-2 p.m. with a Memorial Dinner at 3:00 p.m. all at Muir Funeral Home & Celebration of Life Center, 2650 South Van Dyke, Imlay City, MI 48444. Burial will follow at Webster Cemetery.