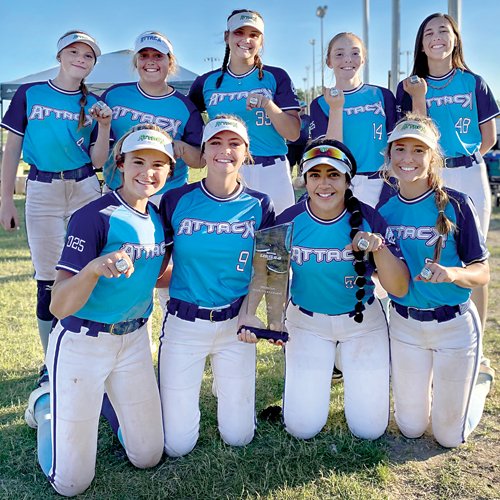 The squad began tournament play Thursday with a 3-1 loss to Firecrackers.

Later that day, they evened their mark at 1-1 with a 5-0 win against Finesse.

The following day they improved to 2-1 on the strength of a 5-0 victory over MI Rage.

The team then followed it up with a 6-1 semifinal win over T2.

That set the stage for a title clash versus Firecrackers. Their battle drew to a close with Firecrackers up by an 8-3 count.

Lainey Cannon (Clio) led the team with a 3-1 pitching mark She also batted at a .412 clip and collected nine RBI.

Jadalyn Lopez (Pontiac) contributed a .502 average to Attack’s cause.