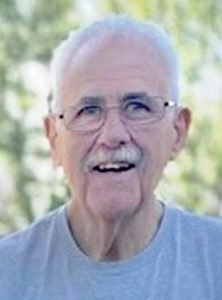 Joe Edward Murray, age 74, of Brown City passed away suddenly on Thursday, June 9, 2022 at his home. Joe was born on January 11, 1948 to Max and Helen Murray in Brown City, MI at Nellie Ross Hospital.

Joe was a proud Green Devil and graduate of Brown City High School Class of 1966 and a later graduate of St. Clair County Community College. He married Judy Ryckman on September 23, 1966, and they have celebrated 55 years of marriage. They welcomed their daughter Kelly Jo on April 5, 1967. Joe’s two grandchildren, Quintin John (Jordan) Pavel and Riley Jo (Shawn Larner) Pavel, have been his pride and joy for the last 29 years. He has loved them dearly, has been their greatest supporter, and been a grandfather like no other to them both.

Joe was a salesman, even after retirement; he started his career at Travco Motor Homes and Xplorer Motor Homes in Brown City, MI. He had a successful career, traveled extensively, and had many people across the country who called him friend. Joe loved his community, church, family, friends, and his country. He also co-owned J & J Party Store in Brown City with his brother. He was a member of the Brown City United Methodist Church, he was a former councilman and mayor of Brown City. His positive attitude, quick wit, and genuine good heart will be missed by all who knew him. His family rejoices in his entrance into eternal glory, and trust they will be with him again one day.

Joe was preceded in death by his parents, Max and Helen Murray; his brother; Jerry Murray; and an infant brother, Gary Murray. Also preceding his death have been various beloved brothers- and sisters-in-law, aunts and uncles.

In lieu of flowers his family requests donations to The Brown City United Methodist Church or the Humane Society of Michigan.

Please be sure to sign the online register book at www.muirbrothersfh.com to share your memories and condolences with the Murray family.