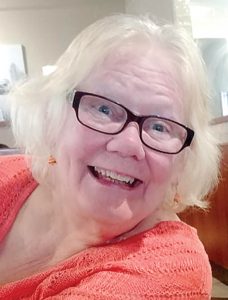 Janet Marie Monkevich, age 69, a longtime resident of Almont, passed away March 31, 2022 surrounded by her family. She was born March 30, 1953, the daughter of William and Waunita (Spears) Carnahan in Detroit. She worked as a Detroit Police Reserve from 1982-1983. Janet married her beloved husband Robert Monkevich in June of 1984, honored at St. John Catholic Church in Allenton. She loved kids and put her passion to work at Woodland Waters where she was the kids program director for many years. Janet was a longtime member of St. John Catholic Church where she helped with funeral luncheons, special dinners and the church bazaars. She also, loved gardening and taking care of her yard. She was known for her kind spirit, always lending hand where needed and will be missed by many.

She is survived by her beloved husband, Robert Monkevich of Almont; loving daughter, Dawn (Neal) Sinacola of Riley; and beloved grandchildren, Vincent and Kyle. She is also survived by her sisters, Gloria Carnahan of Taylor and Mary Magana of Taylor. Also surviving many nieces and nephews.

She was preceded in death by her parents; and siblings Jim, John and Karen.

In lieu of flowers, memorial donations may be made to the Wounded Warrior Project and St. Jude Children’s Hospital.