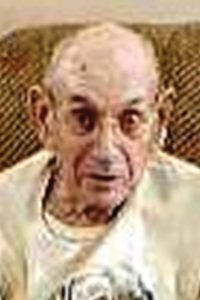 Arthur DeLeeuw, age 94, of Imlay City, MI, died Thursday, June 2, 2022 at his home surrounded by his loving family. Arthur Leonard DeLeeuw was born November 25, 1927 in Detroit, MI. He was the son of the late Bernard and the late Alice DeLeeuw. Arthur grew up in Detroit, MI. He was a graduate of Southeastern High School in Detroit, MI, Class of 1945. He proudly served in the United States Army during World War II from 1946-1947. Arthur married Rita Peters on October 1, 1949 in Detroit.

After the service, Arthur was employed in management and as a serviceman by Toledo Scale Company for 36 years before retiring. Toledo Scale was a company that made and serviced weigh scales; from the very small candy scales all the way up to much larger scales for trucks at granaries and freeway weigh stations. Arthur and Rita lived in the Detroit area until 1997 when, after retirement, they moved to Imlay City, MI. Arthur was a member of the Belgium American Club in Detroit and Sacred Heart Catholic Church in Imlay City.

Arthur was preceded in death by his wife, Rita DeLeeuw; and brothers, Joseph DeLeeuw, Albert DeLeeuw, and Richard DeLeeuw.

Please be sure to sign the online register at www.muirbrothersfh.com to share condolences and memories with the DeLeeuw family.