Parts manufacturer pledges to invest $13.3 million and create 200-plus jobs

Last week, the Michigan Economic Development Corporation (MEDC) announced the approval of Michigan Strategic Fund dollars to a range of of projects around the state including a $1.24 million performance-based grant to Canada-based Axiom Engineered Systems. The company, which specializes in thermoplastic injection molding, is expanding its operations into the United States and selected the former Keihin facility on Koehn Road to become it’s first production facility in this country.

“We are pleased to announce our continued expansion plans in the United States with Michigan as a strategic location for servicing our current customer base. The support working with the MEDC and the local governments helped to make this Capac, Michigan location possible and we extend our gratitude for making this happen,” said Axiom Group President & CEO Perry Rizzo.

“The Capac facility has already secured more than $50 million in new business and will begin operations within an eight-month timeframe. Axiom will continue its future growth investing in three additional facilities within the United States with a total investment plan in excess of $30 million with employment opportunities exceeding 650 valued staff.” 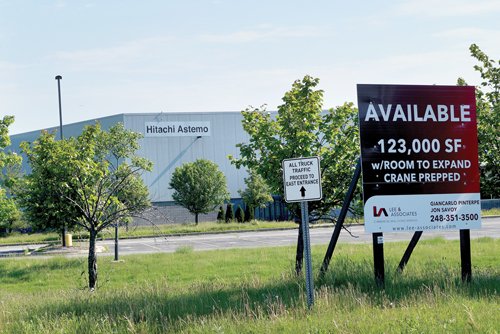 “The project is expected to generate a total capital investment of $13.3 million and create 200-plus jobs, supported by a $1.24 million Michigan Business Development Program performance-based grant. Capac was chosen for the project over other competing locations in the U.S.,” the MEDC said in a press release.

Capac Village Manager Travis Youatt confirmed that later this month he plans to propose a tax abatement for real property improvements for the village council to consider and vote on.

Individuals interested in careers with Axiom Group should visit www.axiomgroup.ca. As of press time, the company had not yet listed any Capac-based positions to be filled.

“Axiom will be bringing many jobs providing livable wages to an area of the state that has been lagging behind on wage growth,” said St. Clair County Economic Development Alliance CEO Dan Casey.

“The Capac community is excited to welcome the company to the lower Thumb area.”

The 123,000 square foot facility, built in 2007, has been on the market since last summer with a list price of $9.9 million. Keihin Michigan Manufacturing ceased production in April of 2021.

The plant started out making intake manifolds and HVAC systems for several Honda models, including the Civic and Accord. The plant’s closure was announced following the merger of multiple Honda and Hitachi car parts entities and the subsequent creation of an independent components supplier. Before the closure, signage on the building was changed to “Hitachi Astemo.”