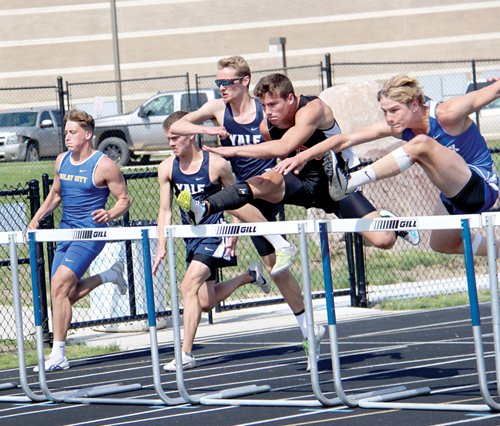 Almont’s Chase Battani (second from right) leads a group of hurdlers at the BWAC Meet.

North Branch is where the meet unfolded.

The Almont 1600 relay of Thomas Dyer, Nolan Maxlow, Wade Szydlowski and Dominic Pirrone were third in 3:47.48.

The Imlay City 400 (Kade VanDerPloeg, Harris, Wagester and Hayes) and 1600-meter (Tanner Land, Logan, Torres and VanDerPloeg) relays wound up sixth as well. They were timed in 48.87 seconds and 3:58.43, respectively.