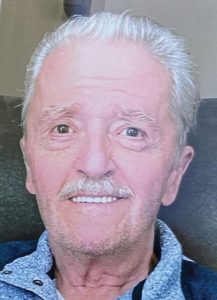 Gary Kirby, age 79, of Lapeer, MI died Thursday, May 26, 2022 at his home surrounded by his loving family. Gary Robert Kirby was born July 24, 1942 in Painesville, OH. He was the son of the late Bernard and the late Roberta (Echols) Kirby. Gary grew up in Mt. Clemens, MI. He was a graduate of L’Anse Creuse High School, Class of 1960. After high school, he joined and proudly served in the United States Air Force during the Vietnam War from 1961-1965. Gary married Linda Besenruch February 17, 1968 in Mt. Clemens, MI.

He was employed as a Journeyman and Hydraulics Maintenance by Ford Motor Company.

Gary was a member of the Gold Wing Club Road Riders. He was an avid coin collector and enjoyed word searches. Gary and Linda were very involved with the Imlay City Chamber of Commerce Blueberry Festival in the 1990s.

Gary was preceded in death by his parents, Bernard and Roberta Kirby; brother, Rex Kirby; his granddaughter, Robin; his sister-in-law, Carol Kirby; and brother-in-law, Ken Agee.

The family will be available for visitation 2-8, Wednesday, June 1 at Muir Brothers Funeral Home of Imlay City.

Please be sure to sign the online register at muirbrothersfh.com to share condolences and memories with the Kirby family.