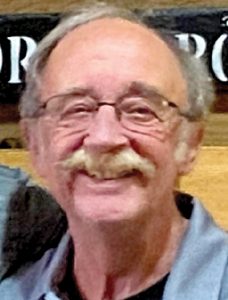 David “Dave” Miller, age 68, of Attica, MI died suddenly, Wednesday, May 25, 2022. David Hugh Miller was born October 24, 1953 in Eastpointe (formerly East Detroit), MI. He was the son of the late J. Hugh and the late Bertha (Critchette) Miller. Dave grew up in Warren, MI. He was a graduate of Lincoln High School, Class of 1971. Dave continued his education and attended college to become a millwright. He married Margaret Grucz on May 16, 1975 in Eastpointe, MI.

He was employed as a millwright by TRW. Dave was also a greens keeper for Castle Creek Golf Club in Lum, MI and a hardline worker at Meijer in Lapeer, MI for many years.

Dave was a member of the Family Baptist Church of Imlay City, MI. He enjoyed golfing and bowling. Dave was a huge Red Wings fan.

He is survived by his wife, Margaret Miller of Attica, MI; brothers, Jim Miller, Randy Miller, Maynard Miller and Jack Miller; and many nieces and nephews.

Dave was preceded in death by by his parents, J. and Bertha Miller: parents-in-law, Roman and Bess Grucz; and his sister, Carol Rewitzer.

Please be sure to sign the online register at muirbrothersfh.com to share condolences and memories with the Miller family.