North Branch is where the action unfolded.

Devin Johnston, 100 (12.63 seconds) and 200 (25.92 seconds) dashes; led Almont with a pair of individual event firsts. Her performances in the races equaled league records. 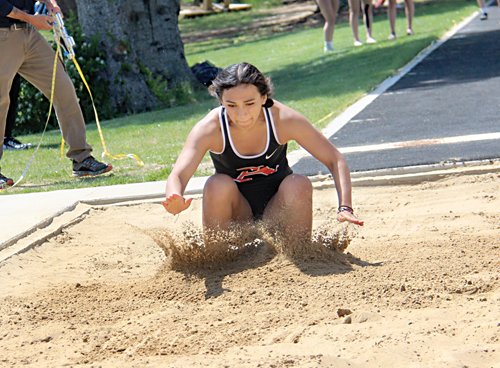 The Almont 400-meter relay of Montserrat Coronel, Paige Feldman, Chloe Brady and Johnston also prevailed. They were timed in 52.78 seconds.

The Almont 3200 relay of Haley Dempz, Ayla DeLaurier, Molly Kline and Martin were fourth as well. They were timed in 4:51.88.

The Almont 1600-meter relay of Lauren Webster, Dempz, Brady, and Coronel wound up sixth as well. They stopped the watch at 4:51.88.

Niedermaier, pole vault, 7 feet; added a two-way tie for sixth to Almont’s cause.

Imlay City’s 1600 relay of Ana Lengemann, Ang Ross, Mary Lengemann and Sliman pulled up third as well. They were timed in 4:32.83.