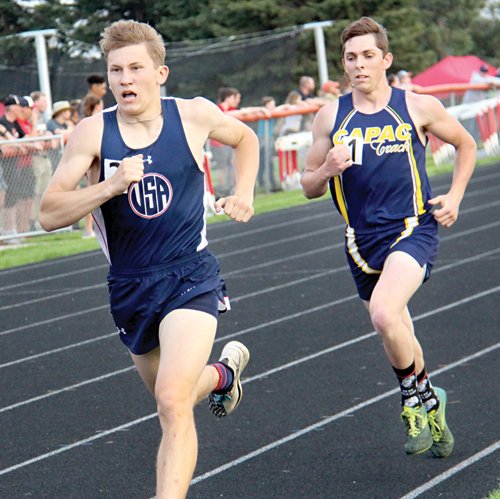 Capac’s John Schoen placed second in the 800 run at a Div. 3 regional Friday in Marlette.

The top-two finishers in each event plus anyone who bests or equals a state set time, height or distance advances to the state finals June 4 in Hudsonville.

Tyler McKenney will join him at the upcoming state meet. His 100-meter dash clocking of 11.65 seconds, good for fifth, proved swift enough to advance time-wise.

The 1600-meter relay of Luke Coltson, McKenney, Wetter and Schoen were third as well. They stopped the watch at 3:52.01.

The Dryden 3200-meter relay of Connor Wolff, Jackson Spencer, Noah Hall and Fitchett took sixth as well. They were timed in 10:14.11.