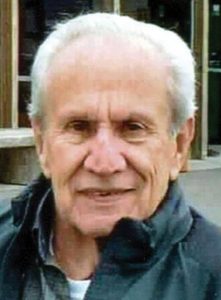 Robert and Nancy have lived 30-plus years in the Warren area. Over the course of 38 years, he had owned and operated several pet stores in various locations; starting in 1968 with “The Aquarium” in Imlay City. They had stores all around the Metro-Detroit area. Bob retired in 2007 from Meribar Pet in Warren.

He was preceded in death by his parents, Carmen and Eleanor Frazzini; his daughter-in-law, Sandra Frazzini; and a sister, Joyce Kubly.

In lieu of flowers, please make a donation to the American Heart Association in his honor.

Please be sure to sign the online register book at www.muirbrothersfh.com to share your memories and condolences with the Frazzini family.