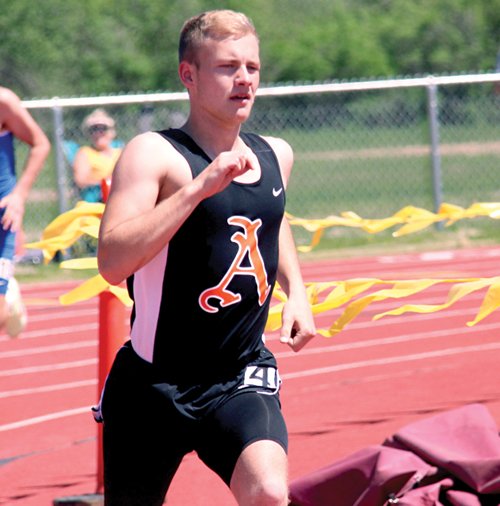 Almont’s Steven Butler competes in the 1600 this spring.

The top-two finishers in each event plus anyone who equals or bests a state set time, height or distance continues their postseason path June 4 at the state finals in Kent City.

The Almont 400 relay of Tim Miller, Nolan Maxlow, Thomas Dyer and Mason Smith wound up second as well. They were timed in 46.71 seconds.

The Almont 3200-meter relay of Sam Bussone, Steven Butler, Dominic Pirrone and Szydlowski notched a fourth as well. They were timed in 9:06.85.