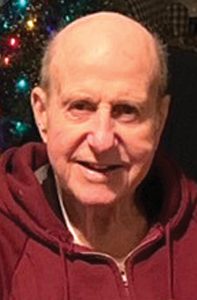 James “Jim” Wilson Kinsey, age 88, a long time resident of Almont passed away Sunday, May 22, 2022 at home with his family at his side. He was born November 8, 1933, the son of Robert Otis and Edith Ione (Graves) Kinsey in Detroit. Jim worked as a general contractor at Morefield Construction performing residential and commercial building, retiring after 50 years. He retired from the Almont Department of Public Works after 10 years. Jim married the love of his life, Minnie “Sue” Morefield July 21, 1951 in Dubuque, IA.

He was preceded in death by his wife Minnie “Sue” Kinsey.

Memorial donations can be made to Hospice of Michigan. Share a story or photos on Jim’s Memory Page at www.muirfh.com