TRI-CITY AREA — Local veterans groups will host Memorial Day ceremonies on Monday, May 30, to honor the members of the military who’ve died in service to the United States. The community is encouraged to attend these ceremonies and take part in recognizing the sacrifices made. 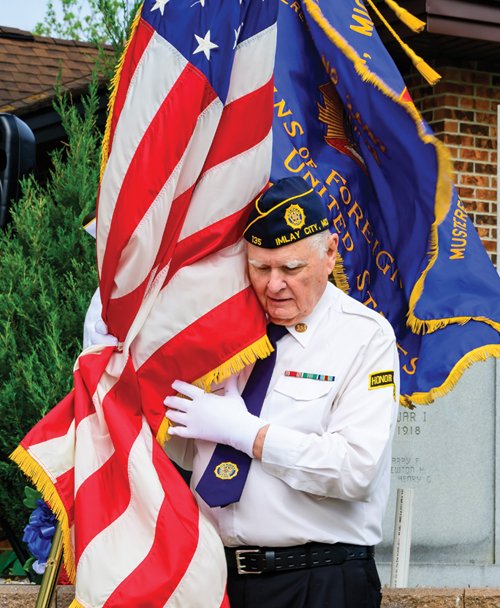 Here’s a summary of what’s planned in each of the communities in the Tri-City area.

In Almont, members of Almont American Legion Post 479 will host a Memorial Day ceremony at 11 a.m. at Burley Park.

The ceremony will include a traditional laying of the memorial wreath, a gun salute and a patriotic message from Vietnam veteran Joe Cain. A rendering of “Taps” will be performed by trumpeters from the Almont High School band.

Attendees are asked to bring along their own lawn chairs, blankets, and umbrellas to protect themselves from the possibility of hot temperatures and/or rain.

In Capac, participants will gather near the memorial in front of Kaatz Funeral Home at 10 a.m. on Main Street for a ceremony and proceed to the Capac Cemetery on Capac Rd. for a second program.

Anyone who has served or is currently serving and would like to participate in the ceremony is asked to meet at the American Legion Hall at 9 a.m. that morning.

In Dryden, Dryden Vets spokesperson Spencer Kent said the traditional Memorial Day parade will kick off at 10 a.m. at Dryden Elementary School and arrive at Memorial Park at around 10:10 a.m.

The ceremony there will include a flag-raising ceremony, followed by the singing of the National Anthem by 9-year-old Paisley Dubay.

The anthem will be followed by the placing of a memorial wreath, a gun salute and playing of “Taps” by Ava DeVlaminck.

Kent noted that Monday’s Memorial Day ceremony will also feature a visit from the Michigan Traveling Memorial of Fallen Military.

In Imlay City, a 10 a.m. ceremony will be held at the memorial at the corner of Fourth St. and Almont Ave. near the Ruth Hughes Memorial District Library. Members of the VFW and American Legion posts will then move on to conduct salutes at the Imlay Township and Mount Calvary cemeteries.