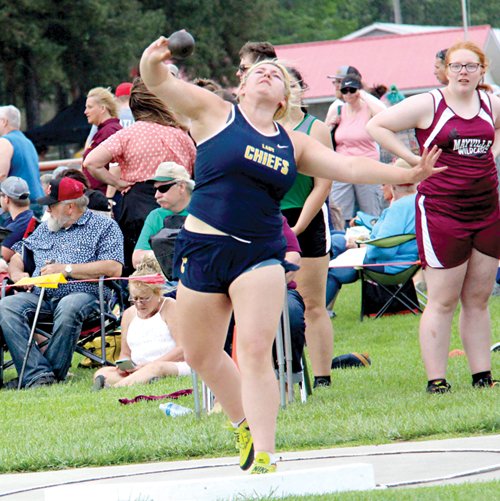 Abby Aldrich, of Capac, won the shot put at a Div. 3 regional Friday in Marlette.

The top-two placers in each event plus anyone who best or equals a state set time, height or distance moves on to the state meet June 4 in Hudsonville.

The Dryden 800-meter relay of Delaney Wolle, Sophia Peter, Keira Miller and Stickler prevailed as well, They were timed in 1:54.22.

Peter, 300-meter hurdles, 51.49 seconds; gave Dryden a third that day. Her performance was good enough to advance to the upcoming state meet as an additional qualifier.

The Dryden 1600-meter relay of Wolle, Miller, Peter and Stickler ranked fourth as well. They were timed in 4:40.9.

The Capac 400 relay of Juliana Closurdo, Aria Nealy, Bella Wetter and Gracie Klink wound up second with a clocking of 56.41 seconds.

Klink, high jump, 5 feet; supplied Capac with a two-way tie for a second.