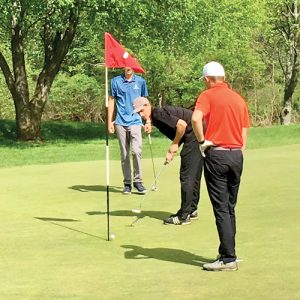 Imlay City also participated, but did not field a complete lineup.

Seth VanHoutte rounded out Almont’s top-four golfers with a 43.