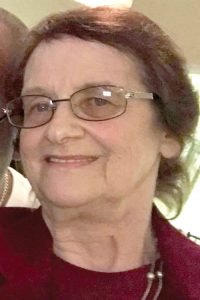 Mary G. Aleck, 75 of Carsonville, formerly of Capac, passed away Tuesday, May 12, 2022 at home surrounded by her family. She was born December 15, 1946 in Detroit, the daughter of Keith and Louise (Emerson) Bound. Mary retired from L & L Products, Inc. in Romeo after over 20 years. She enjoyed being home, spending time with family and friends. She liked having dogs, being on Facebook, doing puzzles, reading and taking pictures.