TRI-CITY AREA — The state’s first confirmation of highly pathogenic avian influenza having spread to wild mammals has been made locally. 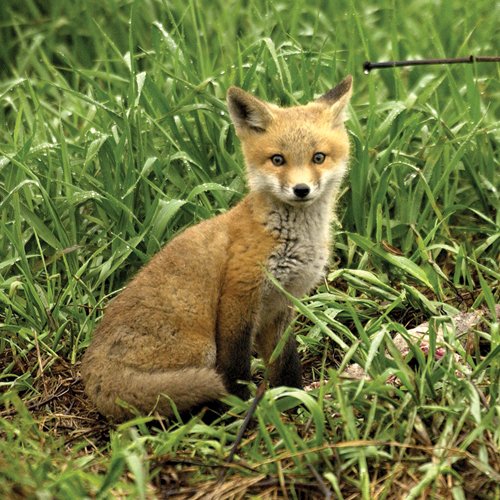 Highly pathogenic avian influenza has killed three red fox kits, including one each from Lapeer and St. Clair counties.

“The DNR had received a report from a wildlife rehabilitator in southeastern Michigan about the fox kits exhibiting neurologic signs of HPAI before death. The kits were observed circling, tremoring and seizing. Two of the three died within hours of intake, while one appeared to respond to supportive therapy but then died in care,” the MDNR said in a press release.

“Interestingly, an additional kit that was a sibling of the Macomb County kit did survive, but developed blindness, making her non-releasable. This kit will be housed at a local nature center.”

The virus was detected in swabs collected from the nose, mouth, throat and brain tissue of all three kits, and a full postmortem examination was conducted to aid in learning more about this disease in foxes.

“HPAI H5N1 viruses may occasionally transmit from birds to mammals, as occurred in these cases, and there may be additional detections in other mammals during this outbreak, but they likely will be isolated cases,” said Megan Moriarty, the state wildlife veterinarian with the DNR.

“At this point, it is unclear how the fox kits became infected, but it’s possible that they were exposed by consuming infected birds, such as waterfowl.”

In Michigan, HPAI has been confirmed in 69 wild birds.

The DNR says HPAI has been detected in red foxes in other locations within the last year, including two fox kits in Ontario earlier this month and one fox kit in Minnesota last week.

Anyone who notices what appears to be unusual or unexplained deaths among wild birds or sick, dead or neurologically abnormal foxes is asked to report the information by:

•Calling a local DNR field office to speak to a field biologist.

“We greatly appreciate the effort to report instances of animals that are sick or appear to have unusual or unexplained deaths, because those tips often lead to important information,” said Moriarty.

“Every bird or animal reported may not be tested for HPAI, but all observations are important.”

According to the U.S. Centers for Disease Control and Prevention, the public health risk associated with HPAI remains low, but advises people to avoid handling any sick or dead wild birds. If it is necessary to move a dead bird, use a plastic bag or shovel to do so and thoroughly wash your hands afterward.

Domestic bird owners and caretakers should watch for unusual deaths, a drop in egg production, a significant decrease in water consumption or an increase in sick birds. If avian influenza is suspected, immediately contact MDARD at 800-292-3939 (daytime) or 517-373-0440 (after hours).

For more on highly pathogenic avian influenza, visit the state of Michigan’s HPAI webpage at Michigan.gov/BirdFlu.