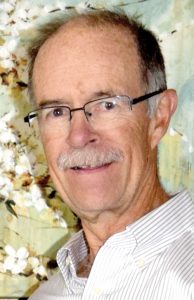 Upon moving back to Almont to raise his family, Dale started work in the construction industry working his way up to Construction Superintendent with Comdec Construction Company in Eastpointe. After retiring from Comdec, Dale worked until 2018 at the Detroit Medical Center in carpentry maintenance. Dale loved playing competitive travel softball in his younger years. After his playing days he enjoyed coaching his sons as well as being involved in all types of sporting activities. He could be seen being on the chain gang and keeping stats at Almont football games, operating the scoreboard at basketball games and helping keep time at track meets. He also enjoyed being involved with the Almont Athletic Boosters. He was well-known for his woodworking abilities, making his grandchildren furniture and furniture for his family.

Donations can be made to the family for a future athletic scholarship or a memorial on a sports field at Almont High School.