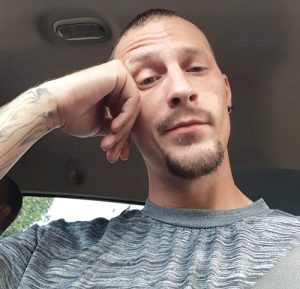 Ryan “Strait Jakit” Hunter, age 34, of North Branch, Michigan died unexpectedly Monday, May 9, 2022 in Imlay City.  Ryan Patrick Hunter was born July 28, 1987 in Lapeer, MI. He is the son of Lisa Hunter and Marvin Jarvi. Ryan grew up between Imlay City, and Mio, MI. He is a 2006 graduate of Imlay City Schools.

Ryan loved to tinker on things just like his Great Grandpa Hunter. If he wasn’t tinkering then he was doing something with his music. He had books and books full of his lyrics. When he entered the sound booth he was in his zone.  Ryan dreamed of becoming a famous rap star one day.

He is survived by: his children Brianna, Ayson, Lucas, Aryanna, and Zoey Hunter; his Mother: Lisa Hunter; his Father: Marvin Jarvi; his Brother: Toby Hunter; and his Grandmother: Pat (Hunter) Arnaud.

Ryan was preceded in death by:  his Great-Grandparents, Kenny & Helen Hunter. And his Uncle Matt Peter’s, who’s birthday it just happened to be the day Ryan grew his wings.

2 memorials will be held at a later date. One in Imlay City and the other in Mio.

Any donations are greatly appreciated since the family wasn’t prepared for this expense. Cash-app $sallyunicorn or contact semperfionly@gmail.com

Arrangements for Ryan’s cremation were entrusted to Muir Brothers Funeral Home, 225 N. Main Street, Imlay City, MI. Please be sure to sign our on-line register at muirbrothersfh.com to share condolences with the Hunter family.