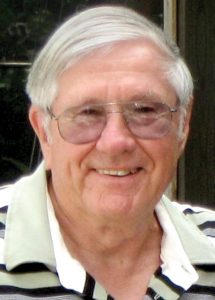 Thomas “Tom” Draves, age 88, of Imlay City, MI died Monday, May 2, 2022 at Angela’s House Assisted Living of Imlay City, MI. Thomas Martin Draves was born August 17, 1933 in Imlay City, MI. He was the son of the late George and the late Emma (Radatz) Draves. He grew up in the Imlay City area. Tom was a graduate of Imlay City High School, Class of 1952. Right out of high school Tom was employed by Baird’s Hardware for five years. He married Marilyn Hoeksema on November 27, 1953 in Imlay City, MI. Tom proudly served in the United States Army from 1953-1955 during the Korean War.

He was employed as a machine repairman by General Motors – Pontiac Motor Plant for 30 years before retiring in 1994.

Tom was an active member of St. Paul’s Lutheran Church in Imlay City, serving on several church boards, on church counsel, and helping with Food for Families.

He was an avid hunter and fisherman. He loved to camp, play cards with friends, make wine, and wood working.

He was preceded in death by his parents, George and Emma Draves; son-in-law, Steve Kent; and his brother and four sisters.

Please be sure to sign the online register at muirbrothersfh.com to share condolences and memories with the Draves family.