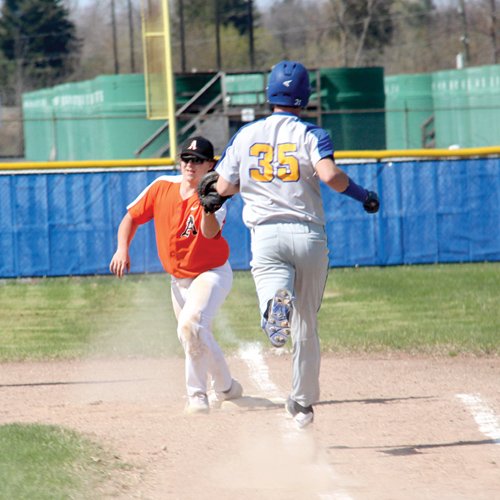 Almont’s Gavin Peake forces Imlay City’s Xander Nolin out on a play at first base during their BWAC doubleheader last Friday.

In the opener, Almont collected 10 hits.

Hunsaker and Conger allowed one total hit over six innings, struck out nine and walked none.

In the second contest, Almont wound up with three hits.

Jason Lane and Conger shared the pitching responsibilities for Almont. They gave up three total hits, struck out 11 and walked one along the way.