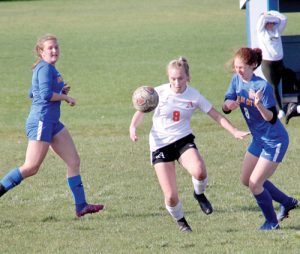 Almont then outscored Imlay City 2-0 from that point on, good for a 2-1 triumph.

Lindsey Wilson got the win in net for Almont.