Almont bats too strong for Imlay 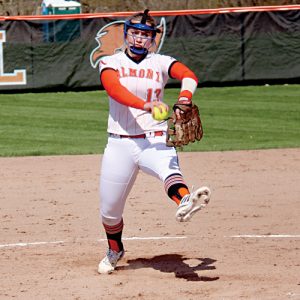 Grace Koenig (two singles and a double) plus Kendall Roszczewski and Devin Johnston (two singles each) proved Almont’s toughest outs during game number one. Elly Schapman added a three-run homer to the Raiders’ cause.

Myah McLean was the winning Almont pitcher. She gave up six hits over five innings, struck out three and walked one.

Abby Geml and McLean shared the pitching responsibilities for Almont. They gave up six total hits, struck out four and walked three.

Schriber (a single and a double), Natalie Stone (a home run) plus Lexa Forti, Bruman and Rojas (a single apiece) Imlay City players who reached the hitting column.