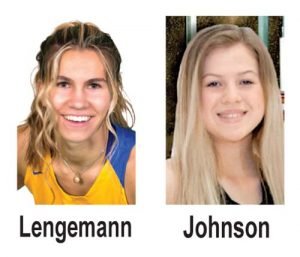 Lengemann, who has signed with Division 2 Embry Riddle University in Daytona Beach, Florida, averaged a Tri-City best output of 19 points per contest this season.

She finished with 1,360 points over that stretch, leaving her second on Imlay City’s career scoring list.

That placed her first on the Almont scoring list and third among Tri-City Times All-Area first team honorees.

This was her fourth season on Almont’s varsity.