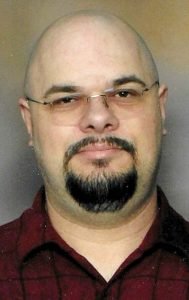 Jim enjoyed attending rock and roll concerts, watching sporting events (especially the U of M Wolverines), playing video games with his grandchildren, playing his bass guitar, camping and snowmobiling. He also enjoyed the company of his dogs, Ozzy and Dio. He was a real outdoorsman.

Please be sure to sign the online register book to share your memories and condolences with the Joslin family.