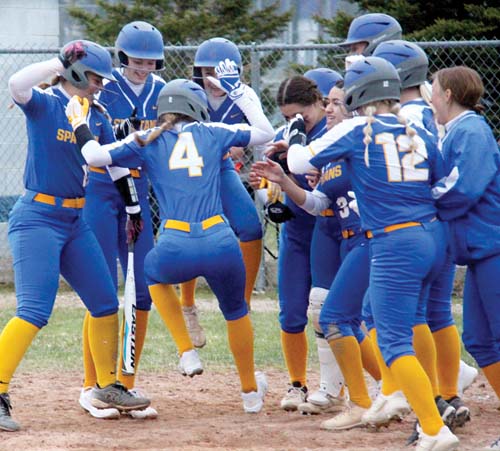 Lexa Forti, of Imlay City, is greeted at home plate by her teammates after hitting a grand slam.

In the opener, Imlay City claimed a 14-7 win at Armada’s expense.

Jaya Forti (four singles) led Imlay City’s offensive attack. She was given assistance in the hitting department by Brook Ross and Olivia Livingston (a single and a double each), Lexa Forti and Chloe Bruman (two singles apiece), Natalie Douglas (a double) plus Natalie Stone and Gabby Douglas (a single each).

In the second game, Armada picked up a 12-8 victory over Imlay City.