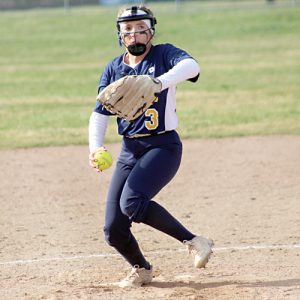 With the decisions, Capac moves to 6-1 overall. Dryden drops to 0-2 this season.

Roberson was the winning Capac pitcher. She allowed three hits, struck out 12 and walked none.

Lauren Abromaitis, Addie Tresnak and Madison Maday led Dryden with one hit each.

Tesnow was Capac’s pitcher of record. She gave up four hits, struck out eight and walked four.