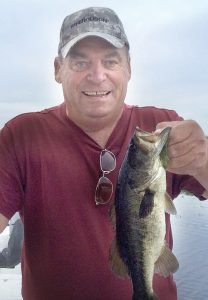 Arlington “Zeke” Arthur Fuerst, age 76, owner and operator of Fuerst Plumbing in Imlay City, a resident of Metamora, passed away April 13, 2022. He was born June 9, 1945 in Harbor Beach, the son of Arthur and Gertrude (Maschke) Fuerst. He graduated from Port Hope High School in 1963. He then joined the United States Army in 1963 and served his country for 2 years. Zeke married his beloved wife Sharon Lee Bresky on June 3, 1967 in Port Hope. He became a Master Plumber and began his business Fuerst Plumbing in 1976. He was a pillar of his community, always willing to serve, helping local causes in need, including building Family of Christ Church. He was a proud father and grandfather, never missing their academic and sporting events. Zeke was an avid outdoorsman. He enjoyed hunting whitetail, elk, and pheasant with his son, Ryan. Their hunts took them to South Dakota, Colorado, Georgia, Saskatchewan and Alberta. He loved watching sports including the Tigers and was disappointed not to have seen the Lions make it to the Superbowl. Zeke was a hard worker and loyal friend to all those around him and was known for his hugs and firm handshake.

He was preceded in death by his sister, Sharon Sobczak.

A funeral service will be held on Wednesday, April 20 at 10 a.m. Zeke will be lying in state starting at 9 a.m. Burial will be made at Metamora Cemetery, where the United States Army will perform a military service.

Memorial donations may be made to St. Jude Children’s Hospital in Zeke’s honor.

Leave a fond memory of Arlington on his memory page at www.muirfh.com.