Almont gets a pair of victories over Rochester 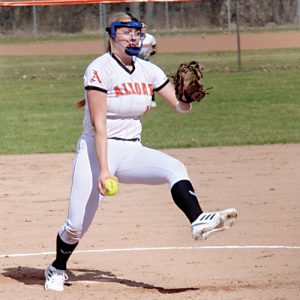 With the outcome, Almont improves to 2-0 this season.

Myah McLean got the game one pitching win for Almont She allowed three hits over five innings and struck out five.

Abby Geml was Almont’s pitcher of record during game two. She gave up three hits, while striking out two over three innings.