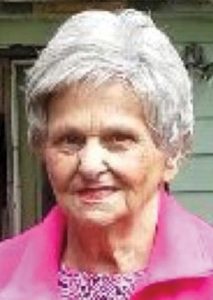 Margery “Margie” Dean, age 87, of Attica, MI died Tuesday, April 5, 2022 at her home surrounded by her loving family. Margery Lillian McQuaid was born March 23, 1935 in Onaway, MI. She was the daughter of the late Donald and the late Nora (Hoffmeyer) McQuaid. Margie grew up and attended school in Onaway and Pontiac, MI. She married Jack Dean on August 18, 1956 in Pontiac, MI. Margie and Jack moved on Elk Lake in Attica, MI in 1967, where she has lived since. She was preceded in death by her husband, Jack, on June 10, 1995.

She was mostly a homemaker, raising her family. Margie was employed as an occupational clerk as a young lady and later in life, worked for Vlasic Foods for a period of time.

Please be sure to sign the online register at muirbrothersfh.com to share condolences and memories with the Dean family.