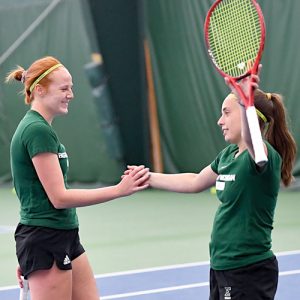 Perrysburg, Ohio and Lucas County is where the matches were contested.

When the final score was posted, Pelayo and Whitney fell by a 4-6 count.

Whitney did not see any action in that match.

With the results, EMU now stands at 11-11 overall and 1-2 as far as Mid American Conference clashes are concerned.